Leechtown is a ghost town on the Southern end of Vancouver Island in British Columbia, Canada. 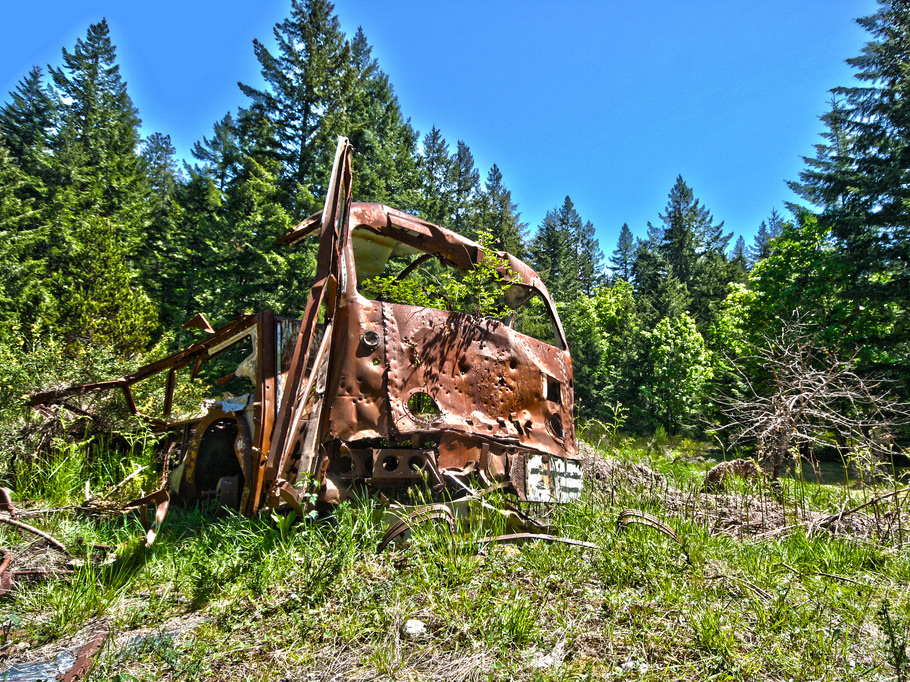 Leechtown is a ghost town on the Southern end of Vancouver Island in British Columbia, Canada.

On 18 July 1864 the Leech River was named and ‘payable’ gold was discovered by members of the Vancouver Island Exploring Expedition (VIEE), which led to a gold rush and the establishment of Leechtown.

Within weeks after the discovery hundreds of miners travelled towards the new ‘El Dorado’ to try their luck. By November 9th, only four months after the discovery of gold, there were (an estimated) six general stores, three hotels and over 1,200 miners at work in the area. According to Magistrate Foster of Sooke, there were no fewer than thirty premises licensed for the sale of alcoholic beverages.

By 1865 the gold rush had already passed its peak and soon most people moved away. What followed was an era of small scale mining and logging industry that kept the town alive until the late 1950s. The last resident and miner of Leechtown passed away in 1999.

Today not much evidence can be found of this once thriving town; however the (now restricted) area still has numerous active placer gold claims.